In most African cultures, women are required to get married when they come of age.  Marriage was really emphasized on to the extent that deliberate preparations are made in advance, even as early as a girl is born.

Let’s take a walk around Africa as we reveal to you some of the ways women are prepared for marriage.

In Mauritania, girls as young as seven are placed on a strict fattening diet in a practice called Leblouh. The process involves feeding children copious amounts of porridge and couscous among other meals to fatten them so that they can be chosen for marriage. The community views heavier women as pretty and as a sign of wealth and the slim counterparts as a shame to the family.

Recently, the practice has come under scrutiny, with rights activists stating that it exposes the girls to heart problems and diabetes Click here to see the full report

This is a practice by different cultures across Africa, where a girl’s sexual organs are cut or modified to mark the transition from a girl to a woman.  It is also a sign that the girl is ready for marriage.

A number of African countries have outlawed FGM because of the harm and distress to the girls. According to the World Health Organisation, the practice has no health benefits for girls and women and can cause “cause severe bleeding and problems urinating, and later cysts, infections, as well as complications in childbirth and increased risk of newborn deaths.”

Visiting the Ssenga in Uganda 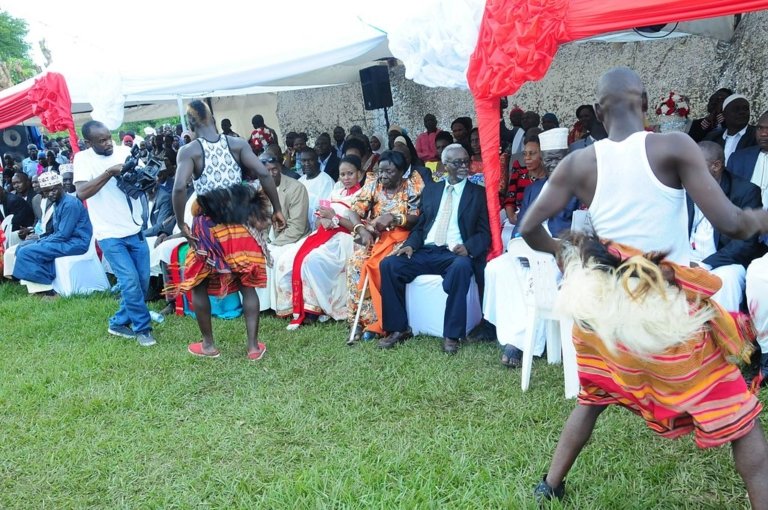 In Uganda, girls as young as 15  are taken to a paternal aunt’s, called Ssenga for training on how to conduct themselves within a marriage.

“Away from the general conduct, love, and respect, there are certain rituals paternal aunts perform for girls to become real women. While at the aunt’s place, a girl is taught about the good and bad side of marriage, how to deal with marital issues and then cautioned to be resilient in case of challenges,”

The kitchen and bedroom habits are vital aspects during the ssenga’s training,” mentions Annet Nandujja, a commercial ssenga, and counselor. After the training, the bride’s parents along with the family elders would start looking for a man to marry their girl.

Just like in Uganda, the Ndebele community of Southern Africa would teach the girls everything they need to know about marriages. Only, for them, the lessons are conducted weeks before the wedding, with the bride hidden away in a practice referred to as Bukhazi

The Friendly Ika Couple Walked down the Aisle: Culture! Love Plus Fashion

G AND J HAIR EMPIRE: GET THE TYPE OF HAIR YOU CAN BE PROUD...

G AND J HAIR EMPIRE: GET THE TYPE OF HAIR YOU...

Dubai Miracle Garden and The Green Planet are now closed until...

Why Matured Stylish Men in Lagos love to shop at Affordable...

G AND J HAIR EMPIRE: GET THE TYPE OF HAIR YOU...

Why Matured Stylish Men in Lagos love to shop at Affordable...

Banyankole Culture: The Tribe in Uganda Which Allows Bride’s Aunt to...

This busy Area in a Town in Ika Land Receives Two...

The Friendly Ika Couple Walked down the Aisle: Culture! Love...